It was a chilly morning when I arrived early at Datong Train Station. It was my next stop after my Beijing experience. At 5:00 AM, the streets of Datong were still deserted except for few early risers. I waited for the rest of the city to wake up before I started my itinerary for the day. A good cup of coffee from the nearest 24-hour coffee shop kept me company.

Datong is a small quiet city in Shanxi Province. Like its neighboring cities and towns, it has a touch of both ancient and present China. The city didn’t have much of the modern influence from the outside world like most places in the country. It’s ambience is laid back and conservative. For me, a quick 1 or 2-stay in Datong is enough to explore the interesting places around.

When traveling, I always expect random hassles along the way, my struggle that time was looking for my hotel. I didn’t have internet connection so I was using an offline map which has its downside, it doesn’t update immediately. While I was in the middle of my frustration, a taxi driver offered me a tour going to Yungang Grottoes and the Hanging Monastery for CNY100. It was more than half the price of a private tour so I grab the chance and booked.  After the taxi driver helped me find my hotel, we were on our way to Yungang Grottoes. I shared the tour with 3 other Chinese tourists, though I didn’t understand most of their conversations, I was  glad I found new friends to take my pictures. ( solo travel problems )

We arrived at Yungang before it was ready to take visitors, waited for few minutes and then purchased tickets. Surprised, I didn’t think the place would be packed with Chinese tourists. Most tourists in China are locals and only a small percentage are foreigners.

The Yungang Grottoes is one of the 3 ancient Buddhist sculptural sites in China. It is located west of the city of Datong. The site holds an outstanding example of ancient Chinese stone carvings from the 5th and 6th centuries. There are 53 major caves, 5100 niches and 1,100 minor caves. It made to the UNESCO World Heritage Site list on 2001. 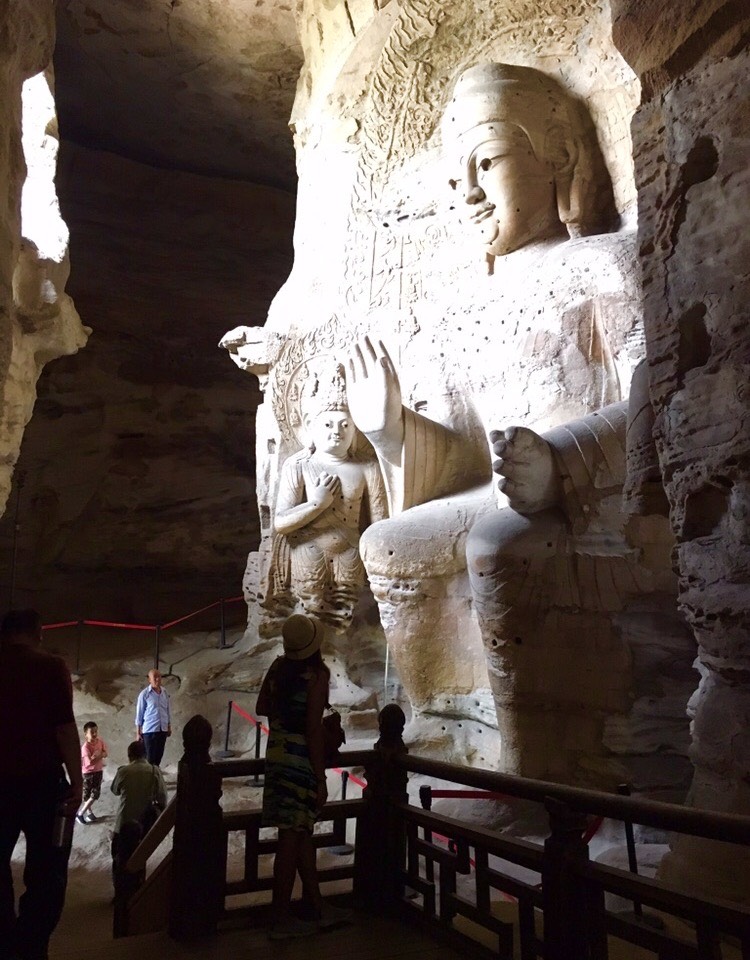 Chinese art is extremely beautiful, before getting to the caves there are admirable pieces of craved stones/woods of Chinese deities and poles near the temple. The atmosphere inside is peaceful as Buddhist monks manage the place. 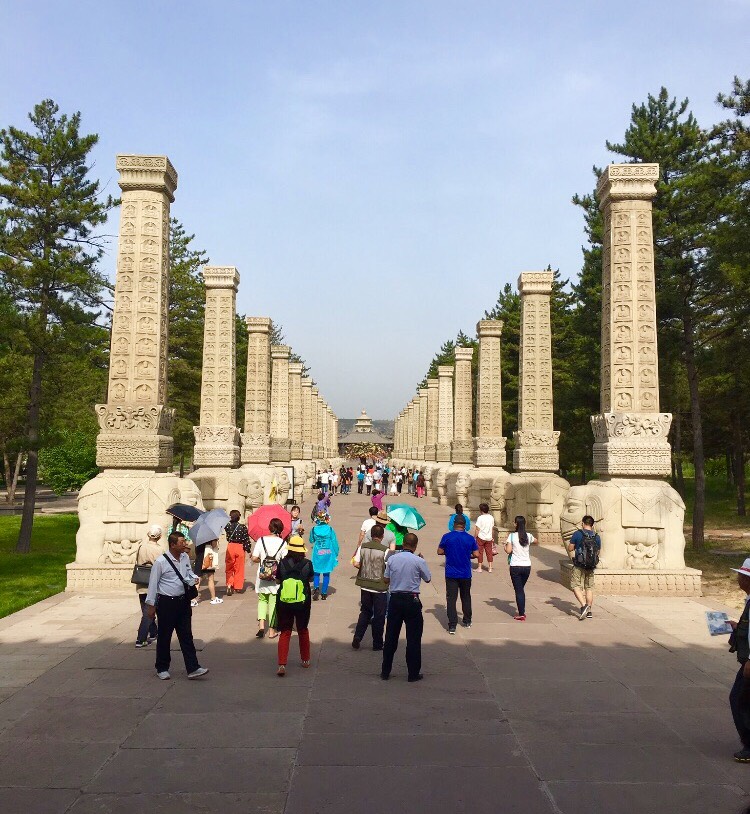 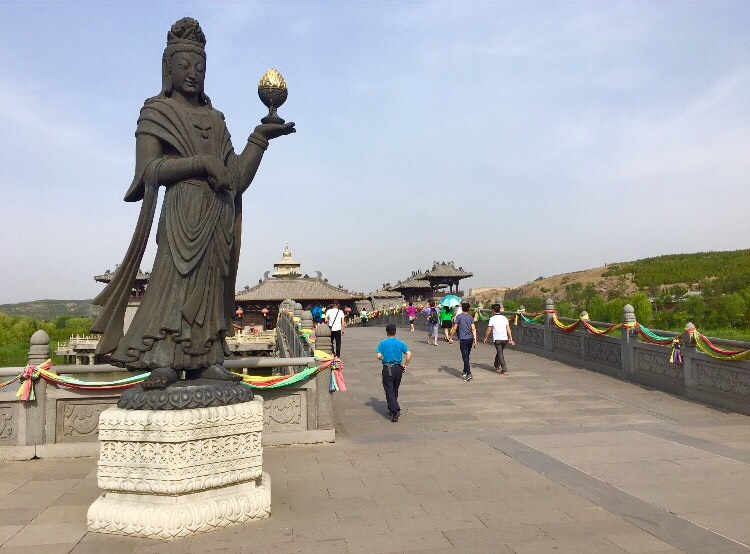 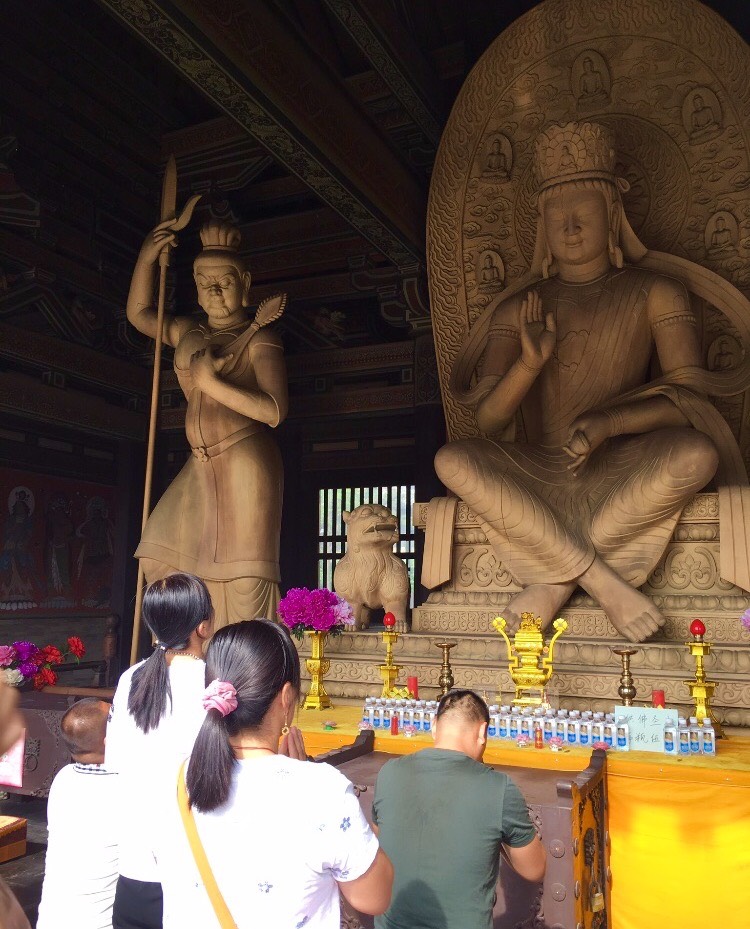 Knowing that the Buddhist religious pieces standing in front of me have been standing since the 5th or 6th centuries, and having to witness them, I had goosebumps all over me. Never in my wildest dreams I’ve hoped to witness one of the greatest ancient remnants of China. Indeed, it was one of life’s marvelous surprises.

Public Bus / Taxi Route:
– Take bus No. 4 at Datong Railway Station and get off at Xin Kai Li. Transfer to bus No. 3-1 to Yungang Grottoes.
– Or take a taxi or van from downtown Datong to Yungang Grottoes directly. Should cost CNY 50.