Skip to content
I visited the coastal town of Kotor and the whole of Kotor Bay via boat which sailed from the Great Port of Montenegro. Kotor is only 45 minutes away from Budva by bus and regular bus trips are conveniently available at a reasonable cost. I purchased a daily excursion ticket which included outbound and inbound transport from Budva coach station for 19 Euros inclusive of lunch.
Kotor shares its name with a bay which encloses a village, locals named it as Kotor Bay. It is a huge sized body of water that can be mistaken for a fjord. Geologically, it was formed from a river plateau submerged through centuries. The bay is home of several small villages and at the centre, Kotor city is located.

Kotor has one of the best old towns on the Dalmatian coast. Its value is being recognised by the UNESCO as a heritage site. The Old Town is unique, having sturdy city walls, which climbs for several kilometres high up to a nearby mountain. The original wall was built by the Romans and expanded by the Venetians during their rule to keep out Ottoman invaders.
It is said that a climb from the foot of the city wall’s steep mountain to the top and then back would take a strenuous 4-hours walk. Definitely, it will give a serious pain or injury to those who are not physically prepared for the climb. 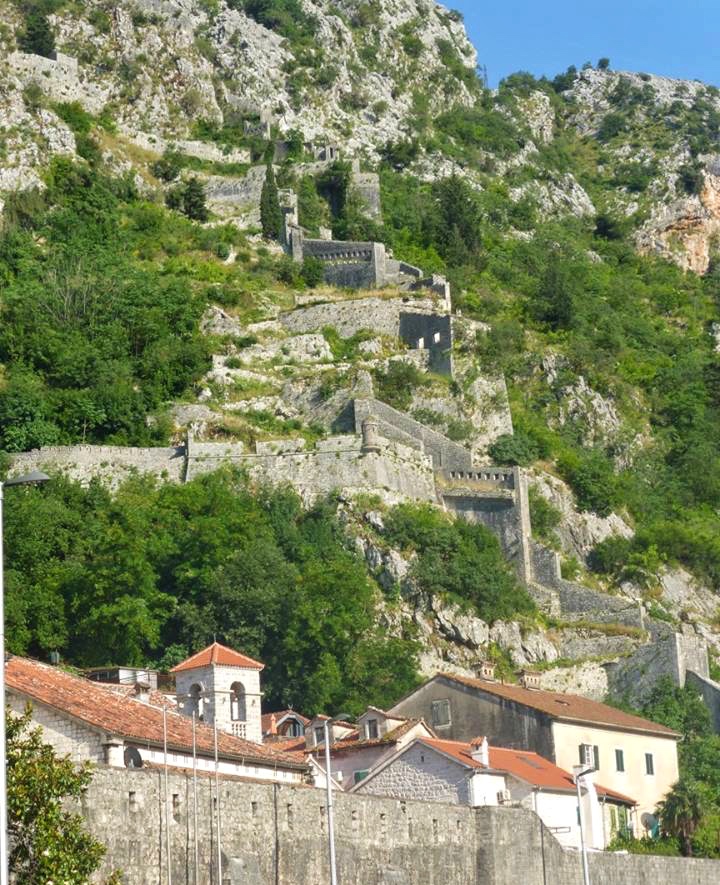 Narrow alleys, decent sized city squares, churches, cafes and restaurants composed the Old Town. Vehicles are unavailable within the town premises hence;  it can be admired by foot. The town area is not quite spacious so you can cover the whole town within 30 minutes of walking tour.

The Old Town is accessible by three city gates. The main entrance is located at the west side of the town leading to the main square. From the north gate, there is a bridge connected to the town over the Scurda River. From the south gate, a smaller entrance is open to the public.

From Kotor pier, public ferry boats can take you across the bay to visit some of the famous local churches; The Church of Our Lady of the Rocks and The Saint George Benedictine Monastery.
The Church of Our Lady of the Rocks is located on an artificial inlet opposite to the coast of Perast. It was first built by the Romans around 1452. According to the legend, sailors lay rocks in the location where they found a picture of the Blessed Virgin Mary and the Child Jesus as a sign of their appreciation for their safe voyage. With time, the inlet started to rise and the church was built upon it. Every year at the sunset of July 22 locals gather and carry rocks to the inlet to expand the surface of the church. Until today, the custom is still practiced. 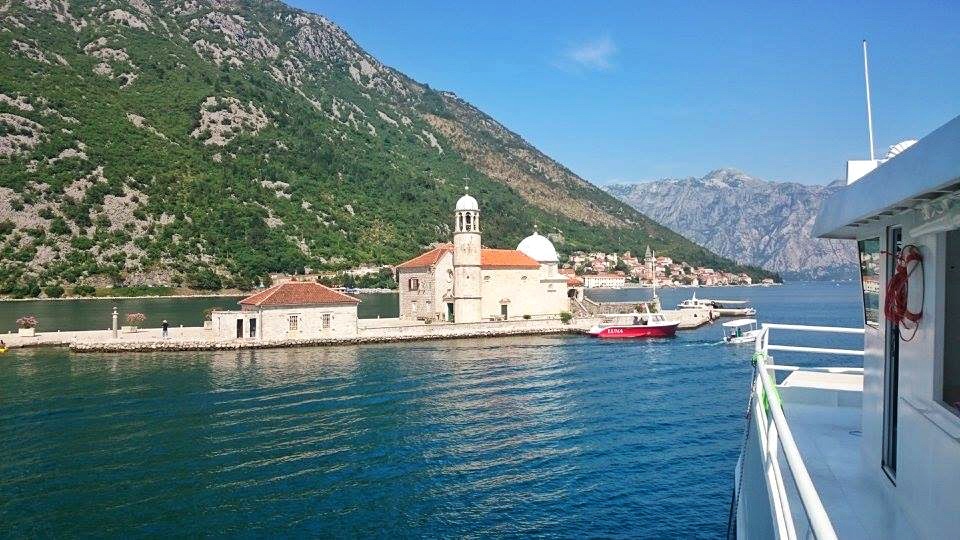 Kotor Bay and the town itself are quite famous among voyaging ships due to its docking facilities. Large cruise ships can dock to the bay suitably.
In short, Kotor City and Kotor Bay are both “ a must ” see locations in Montenegro. You can reach Kotor, Montenegro via Budva or directly from Podgorica by bus. The Old town is not cheap like other Balkan locations, but it is worth the money.